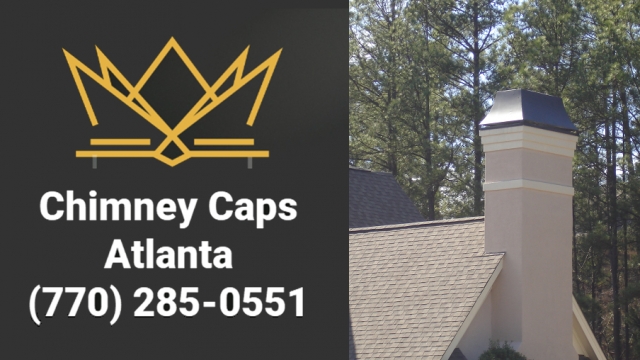 Earlier today, Chimney Caps Atlanta finally announced the release of it’s new “Decorative Custom Made” chimney cap line. With custom-made, designer chimney caps, the average homeowner can now set their home apart from the sameness that afflicts mass built homes. The new designs have been in development since early in 2022. The main aim is to make the customer’s home stand out and be more beautiful while making it safe from animal invasion.

Jerry Sanborn, Head Chimney Cap Installer at Chimney Caps Atlanta, says: “We wanted to try something new with custom-made, designer chimney caps. The homeowner can set their home apart from the ‘same ole, same ole’ that we see everywhere in home design. Anyone familiar with the home improvement market will probably have noticed how everyone else seems to pick from the same old designs that have been standard for years. This is a problem because when people see the home, it will have less curb appeal, which could in turn effect the resale value.”

So as a welcome breath of fresh air, custom-made, decorative, designer chimney caps can set a home apart and make it a showcase for the latest style in exterior design. Chimney Caps Atlanta chose to make this move because they were getting complaints about the lack of choice in chimney tops. There was a demand, and they decided to fill it.

Jerry Sanborn also said “We want to give our customers more freedom to be creative in an impactful way. Chimney covers are one of the most inexpensive ways of upgrading a home’s look.. With custom-made decorative chimney caps, they have a fresh new possibility. We want them to feel happy and proud when using our chimney cap replacements…proud of the new look of their house. Trying something new is always a risk, but it’s a risk we believe is worth taking.”

Chimney pots, copper chimney caps, and curved chimney shrouds are some of the other functional accessories that are used to spice up a chimney’s looks.

Chimney Caps Atlanta has been in business for over 44 years, having been established in March of 1977. Since day one, the company has always aimed to mix the practicality of protecting the chimney top from damage and the inside of the home from animals getting in, with the effect of spectacular beauty on the outside.

This isn’t the first time Chimney Caps Atlanta has defied convention. In the Spring of 2003 they caused a stir when they started offering a complimentary chimney cleaning with the purchase of a custom chimney cap above a certain price.

The new line of stylish, designer chimney caps is set to launch on January 2, 2023. To find out more, it’s possible to visit https://chimneycapsatlanta.com

For further information about Chimney Caps Atlanta, and their entire line of services, it can be found at https://chimneycapsatlanta.com/