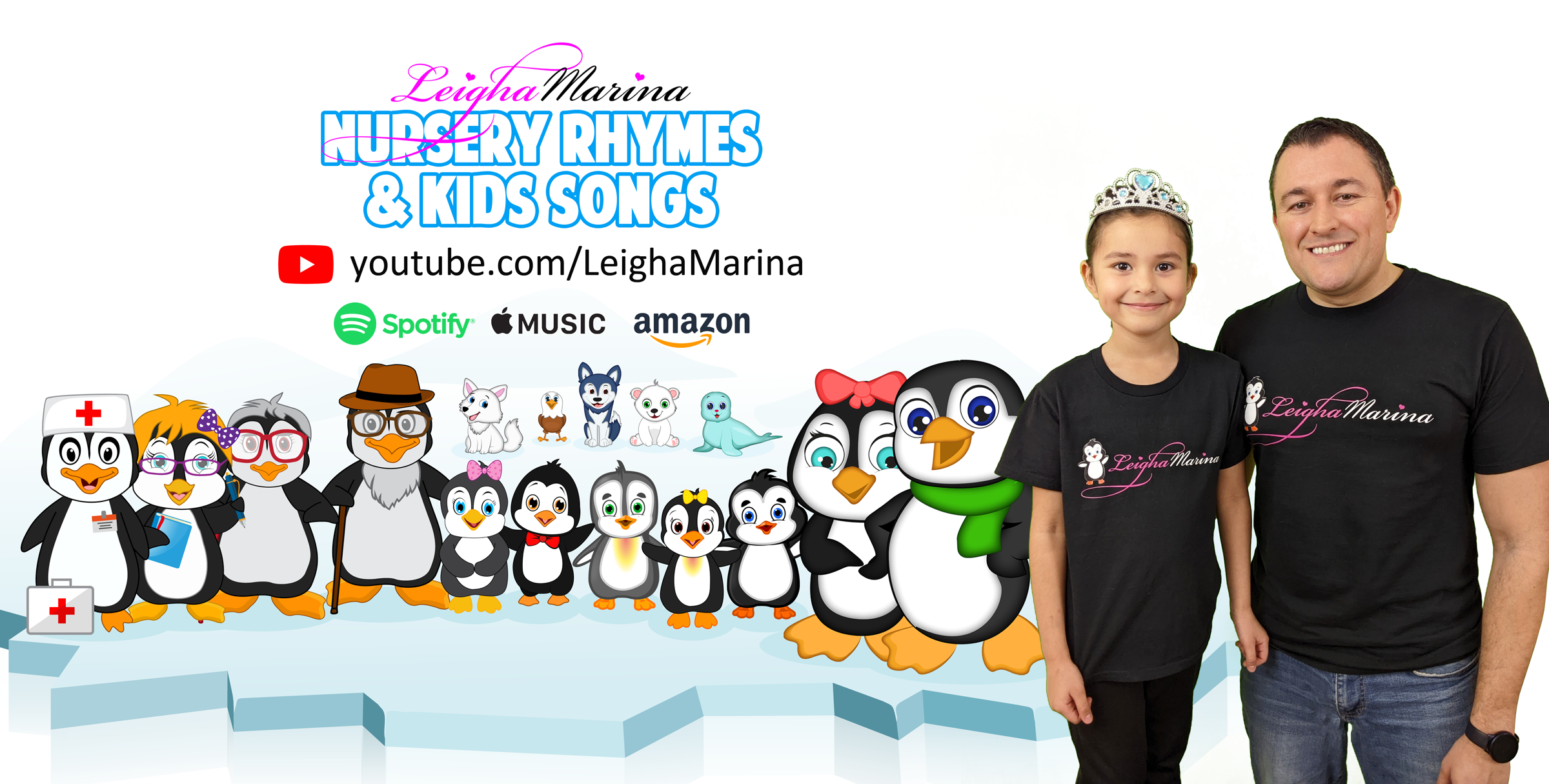 Founded by single father Dalibor Menicanin, Leigha Marina’s channel features original music and cartoon animations that have gained a global following, with over 120,000,000 views on their videos. In early 2022, the channel received the YouTube creator’s award, “the silver play button,” for its high-quality content for children.

The album release features 25 original nursery rhymes and kid’s songs composed and produced by Leigha Marina’s team. Today, some of their channel’s most popular animated nursery rhyme videos have surpassed millions of views. For example, “Twinkle Twinkle Little Star” has received well over 30 million views, and “Rockabye Baby” has passed well over 22 million views to date.

“As a single dad in 2016, when I started this project, I could have never imagined we’d be where we are today. Releasing our first music album on big platforms, such as Apple Music and Spotify, is a great honor and a privilege. We’re beyond grateful to millions of parents around the world that tune in daily to watch our music and cartoons. I’m forever thankful for their support,” said Menicanin.

Leigha Marina’s team takes great care in crafting their music and animations with their youngest audiences in mind, ensuring that their lyrics and animations are kid-friendly and suitable for any age.

With nearly 300,000 subscribers as of today’s date and rapidly growing, Leigha Marina’s nursery rhyme channel is excited to bring its music to a broader audience through Spotify, Amazon, Apple Music, and other music outlets. To listen to the album and for more information, visit their website at LeighaMarina.com or YouTube channel at youtube.com/LeighaMarina.

Leigha Marina creates entertaining and educational content for kids through children’s music and cartoon nursery rhymes. Founded by a single father and named after his daughter, the channel features original music and cartoon animations with adorable little penguins. The lyrics and animations are kid-friendly and suitable for any age, providing engaging and educational content that kids will love.