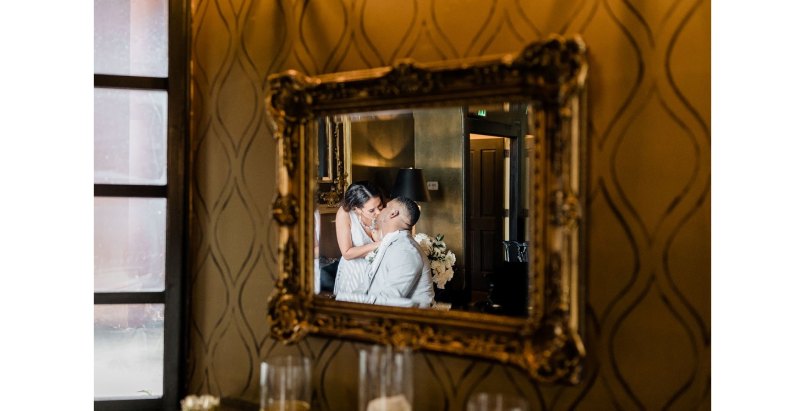 Once upon a time, a Western marriage meant a hetero couple saying “I do” in a church surrounded by loved ones. Over time, the barriers have expanded to include beaches and hotels instead of churches, and couples across the gender spectrum. Now, there’s a new mega-trend: Elopements. Seattle-based photographer Lessie Blue (founder of Lessie Blue Photography LLC) has observed their popularity firsthand after seeing increased requests for elopement photography, and she’s not the only one.

Let’s look at the surge in elopements and what anyone considering one should expect from photography at the event.

The rise of elopements

Official figures about the number of elopements are limited, but you only need to turn to Google to see if there’s been an uptick in interest.

As you can see in the Google Trends chart, the number of people researching elopements rose during the pandemic. This isn’t surprising considering health and safety restrictions made traditional weddings out of the question for most of the world.

More intriguing is that interest didn’t slow down when the pandemic ended — instead, a second peak emerged in late 2021 (just as Covid restrictions were being phased out)

A study by Helzberg Diamonds found that 91% of American Millennials would at least consider eloping. Fueling the trend are celebrities like Stranger Things’ David Harbor and Game of Thrones’s Sophie Turner, who both opted for Elvis impersonator elopements over the typical flashy celebrity weddings.

For Seattle-based photographer Lessie Blue, the trend was impossible to ignore: “There has been a tremendous increase in elopements,” she says. “I started offering elopements during the pandemic. Many couples were canceling, but I had some couples that still wanted to get married. They didn’t care too much about having the big wedding celebration at that moment — they simply wanted to be married to their soulmate.”

Other photographers have noted the same trend, with one seeing their ratio of services switch to 65% elopements following the pandemic.

Some couples considering an elopement may worry that it’s tough to capture the same “magic” through images for these unconventional weddings, or that photographers won’t be able to adapt to their needs, but this is unlikely to be the case. Blue for one is a huge fan of elopements, going as far as to say she’d have one herself if she were to get married for a second time.

As for what to expect from the experience, Blue notes that the process is roughly similar to weddings. Her typical elopement package involves three hours of photography with a maximum of 20 people (although she also has micro packages). However, elopements offer a lot of flexibility, which can often be fantastic for photography.

“When a couple elopes, you’re able to pick an epic location — chase waterfalls, climb mountains. You can make an adventure out of it and simply go with the flow and figure things out along the way!” She notes that they also tend to be more low-key and chill, which can result in more playful and fun photos.

Not all photographers offer packages specific to elopements, but if numbers continue to rise, this is something to expect in the future.

The future is personal

People are no longer expected to follow the mold when they marry, and elopements offer a whole new set of beautiful possibilities. As photography and other providers of wedding-related services continue to adapt to the needs of these new ideas, more engaged couples may find themselves feeling tempted to take the leap.

Get A Perfect Night’s Sleep with the Fully-Adjustable Pod-Pillow
Solve Your Emergencies with Simple-Fast Loans from Slick Cash Loan
Korean Game Company, Sotem Mobile’s launch of “Lord of Dragons” for entering P2E market