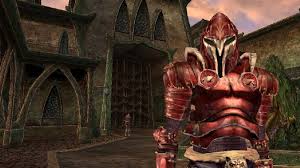 “Sometimes you get a very long load, that’s us rebooting the Xbox”

The Elder Scrolls 3: Morrowind utilized a unique stunt from Microsoft to shield from running out of memory: unobtrusively restarting your Xbox.

Bethesda game chief Todd Howard uncovered the mystery method from somewhere down in his studio’s history in a meeting on the Xbox Podcast.

He utilized it to act as an illustration of the long-standing connection between the two organizations, which he refered to as the primary explanation it seemed well and good for Microsoft to purchase Bethesda’s parent organization ZeniMax.

“There’s a ton of guess of how these things happen, and toward the day’s end, it’s connections,” Howard said.

“The relationship we’ve had, that is at last what it’s about”, it’s not one bit of innovation or one methodology.

Also, those connections are from the first Xbox – ‘how are we going to get Morrowind to try and work?’

“What’s more, working with them, there have been incredible stunts that they’ve instructed us. I think my preferred one on Morrowind is, in case you’re coming up short on memory you can reboot the first Xbox and the client can’t tell. You can hurl a screen. When Morrowind loads, here and there you get an extremely long burden, that is us rebooting the Xbox.”

Howard said that specific methodology was “like a Hail Mary”, yet every game has a story like it.

You know, similar to that time Bethesda tossed a “twofold memory party” to observe Microsoft expanding the RAM on Xbox 360, which would mean huge returns for The Elder Scrolls 4: Oblivion.

Howard has still “never observed a developer more joyful in my life.”